Ethereum is a decentralized platform that runs smart contracts: applications that run exactly as programmed without any possibility of fraud or third-party interference. Ethereum was founded in 2015 by Vitalik Buterin and has since become the second-largest cryptocurrency after Bitcoin. In this blog post, we will explore Ethereum's features and how it works. We will also look at the prediction of its future value. Finally, we will discuss the pros and cons of investing in Ethereum. 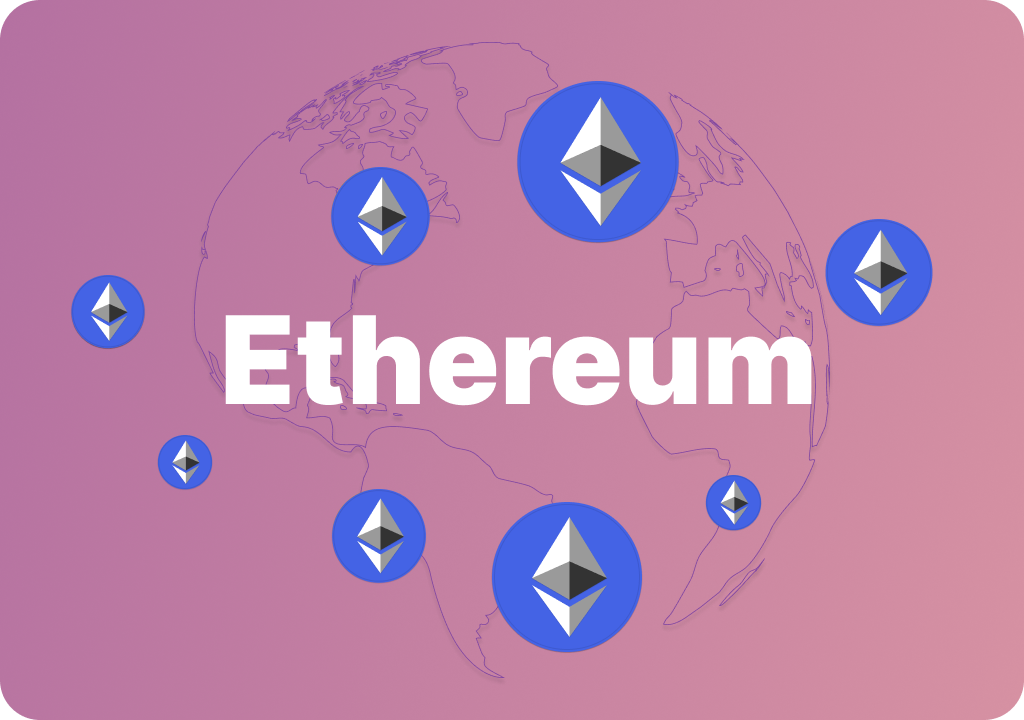 Ethereum was created by Vitalik Buterin. Vitalik Buterin is a Russian-Canadian programmer and writer who is best known for his work on Ethereum, a decentralized platform that runs smart contracts. Buterin was born in Russia in 1994 and immigrated to Canada with his family in 1998. Buterin became interested in Bitcoin after reading a whitepaper on the subject by Satoshi Nakamoto in 2011.

He then began developing Ethereum in 2013 and co-founded ETH in 2014. Ethereum was officially launched in 2015. Ethereum has become one of the most popular cryptocurrencies, with a market capitalization of over $20 billion as of 2018. Buterin has been awarded numerous accolades for his work in the cryptocurrency space, including the World Technology Award, The Peter Thiel Fellowship, and the Forbes 30 Under 30 list. He continues to work on Ethereum, as well as other projects aimed at making blockchain technology more accessible to the mainstream.

Ethereum is unique in that it allows developers to create cryptocurrency tokens. These tokens can be used to represent digital assets, commodities, or even other cryptocurrencies. Ethereum's native currency, Ether (ETH), is used to pay for transaction fees and gas costs. ETH is also used as a "gas" to power the Ethereum Virtual Machine (EVM), which executes smart contracts.

ETH is different from Bitcoin because it can be used to build decentralized applications. Ethereum developers use a programming language called Solidity to write smart contracts. The code of a smart contract is distributed among all ETH nodes, and each node validates the code before execution. ETH also has its virtual machine, which allows anyone to run ETH programs regardless of the underlying operating system. Ethereum offers a Turing-complete programming environment, which means that any computable problem can be solved by writing an ETH program. Finally, Ether has a built-in mechanism to prevent spam, called gas. Gas is used to pay for computations on the Ethereum network and is automatically burned when the computation is complete. This ensures that ETH programs will only be executed if they are economically viable. Overall, Ether is a powerful platform that enables developers to build decentralized applications with ease.

Ethereum's price has been on a roller coaster ride over the past few years. In 2016, Ethereum's price was $0.43. In 2017, Ethereum's price surged to $13.20 by December. This was due to the increasing interest in cryptocurrencies and Initial Coin Offerings (ICOs) that were being held on Ethereum's blockchain. However, Ethereum's price then fell sharply in early 2018, reaching a low of $0.47 by April. Since then, the price of Ethereum has recovered somewhat and was at $1,234 at the end of June 2022.

From the official launch of ether in 2014 until March 2017 the price of the token was a constant range in range of $0.70 between $21 and $0.70. It was not until the 2017 bull market in crypto began to increase in May that the ETH value climbed above $100, for the first time in. Since then, ether has soared to an all-time high at that time of $414 in June 2017 before slowing down. It took another five months for the bullish momentum to gain strength. At this time, the whole crypto market was beginning to see massive buying pressure, pushing nearly every cryptocurrency to new levels. In January, ETH's price reached $1,418 but then plummeted sharply. 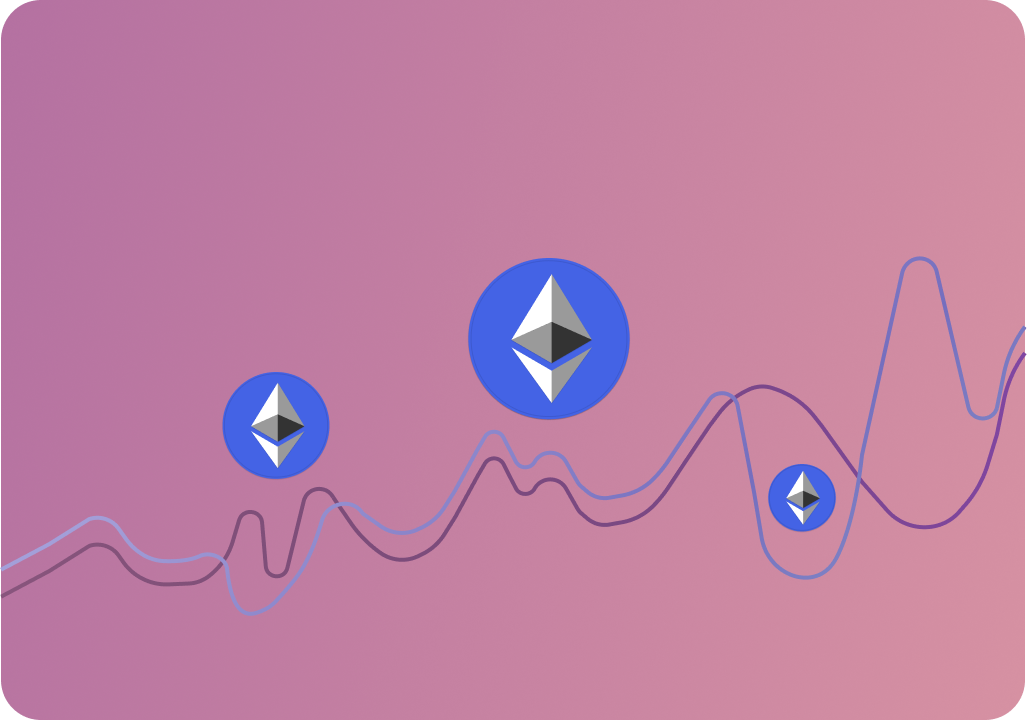 Ethereum’s rally has been driven by a combination of factors including the ongoing development of DeFi protocols, positive regulatory sentiment, and institutional inflows.

Analysts expect Ethereum to continue outperforming in the near term as the DeFi sector continues to grow. The long-term outlook for Ethereum is also positive as the smart contract platform transitions to ETH 2.0 later this year.

It is impossible to say for certain what the future holds for any cryptocurrency. However, there are a few factors that could help to drive up the price of Ethereum. First, the increasing popularity of Initial Coin Offerings (ICOs) as a means of fundraising is likely to continue to boost demand for Ethereum. ICOs require the use of Ethereum tokens (known as "Ether"), so companies looking to launch an ICO will need to buy Ether on the open market. In addition, Ethereum's smart contract functionality is increasingly being used by a variety of businesses and organizations. These contracts help to automate processes and reduce the need for manual labor, which can save time and money. As more businesses adopt smart contracts, demand for Ethereum is likely to increase.

Ethereum's smart contracts are one of its key features. Ethereum is a decentralized platform that runs smart contracts: applications (apps), such as cryptocurrency wallets, lending platforms, and prediction markets that run exactly as programmed without any possibility of fraud or third-party interference. Ethereum is used to pay for transaction fees and services on the Ethereum network. Ether, the Ethereum currency, is used to pay for these transaction fees.

ETH 2.0 is the long-awaited upgrade to the Ethereum network that aims to improve scalability, security, and efficiency. Ethereum 2.0 was implemented in phases, with Phase 0 launching in 2020. The first phase saw the launch of the Beacon Chain, which became the central coordination layer of the Ethereum 2.0 network. Subsequent phases introduced sharding, which improved scalability by enabling parallel transaction processing. Ethereum 2.0 is a highly anticipated upgrade that has the potential to significantly improve the ETH network.

ETH security is a huge issue. ETH is decentralized, which means that there is no central authority regulating or managing the currency. This lack of regulation makes ETH vulnerable to theft and fraud. There have been several high-profile ETH thefts in recent years, and the ETH community is constantly working to improve security measures. One way to improve ETH security is to use a wallet that supports multiple signatures. This means that multiple people must approve a transaction before it can be processed. This makes it more difficult for hackers to steal ETH, as they would need to compromise multiple wallets to steal a large amount of ETH. 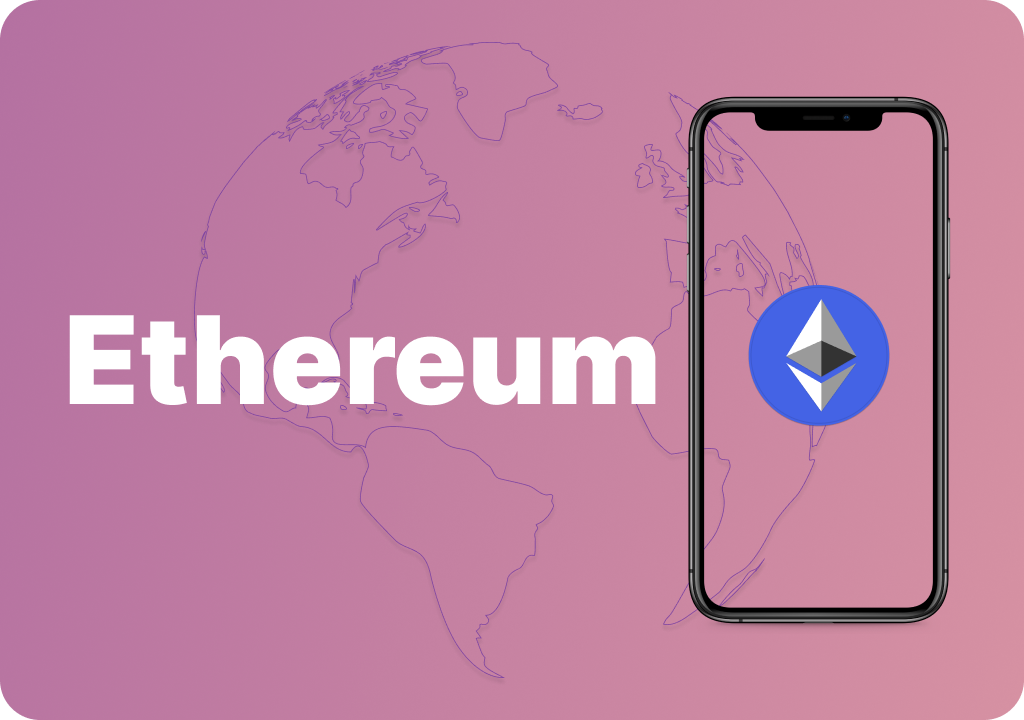 How to buy Ethereum

Pros and Cons of investing in Ethereum

When it comes to cryptocurrency, there are a lot of options available. Bitcoin is the most well-known, but Ethereum is another popular choice. So, what are the pros and cons of investing in Ethereum?

Ethereum is a popular choice for cryptocurrency investors. It has several advantages over other cryptocurrencies, including scalability, lower transaction fees, and a large and active community. However, Ethereum is also vulnerable to theft and fraud, and the price of ETH is characterized by high volatility. Investors should weigh the pros and cons carefully before investing in Ethereum.

Can I get Ethereum for free?

Should I buy Ethereum now?

Ethereum is a popular choice for cryptocurrency investors. It is more scalable than other cryptocurrencies. Another advantage of this network is the low transaction fee. Ethereum owners should pay attention to security when storing digital coins. The disadvantages of the token also include the high volatility of its price.

Is it possible to trade Ethereum in automatic mode?

Yes, it is possible to trade Ethereum in automatic mode. You can use a DotBig to set up a recurring buy or sell order for Ethereum. This will allow you to automatically trade Ethereum regularly without having to manually place each trade. Alternatively, you can use a trading bot like Haasbot to automate your Ethereum trades. Bots like Haasbot can place trades for you 24/7, meaning you can make money even while you sleep! Of course, it is important to remember that automated trading comes with its risks. Be sure to do your research and test out your strategies before putting any real money on the line.

What was Ethereum’s highest price?

What the Ethereum token standards exist?

Several Ethereum token standards have been developed to date. The most popular and widely used standard is ERC20, which was proposed in 2015. ERC20 tokens are compatible with a wide range of wallets and exchanges, and they offer a high degree of functionality. Other popular standards include ERC721 (which is used for non-fungible tokens) and ERC223 (which offers improved transaction efficiency). In addition, several upcoming standards have the potential to further improve the Ethereum ecosystem, such as ERC777 and ERC865. With so many standards to choose from, it's important to carefully consider which one is right for your project. Fortunately, the Ethereum community is very active and supportive, so you should have no trouble finding the resources you need to make an informed decision.

How ETFs relate to NFTs?

NFTs (non-fungible tokens) are a type of Ethereum token that represents a unique asset. NFTs can be used to represent anything from digital art to in-game items and even real-world assets like property or tickets.

Ethereum is just one of many cryptocurrencies that you can invest in. Some other popular choices include Bitcoin, Litecoin, Ripple, and Ethereum Classic. Each cryptocurrency has its unique features and risks, so it's important to do your research before investing in any coin. In general, Ethereum is a good choice for investors who are looking for a well-established coin with a strong community and a bright future.

How to start trading Ethereum

Get daily trading signals for ETH from our experts