The IT sector is a profitable area for long-term and short-term investment. Securities of large IT companies are steadily growing. Microsoft shares are considered one of the most promising assets in the IT sector. 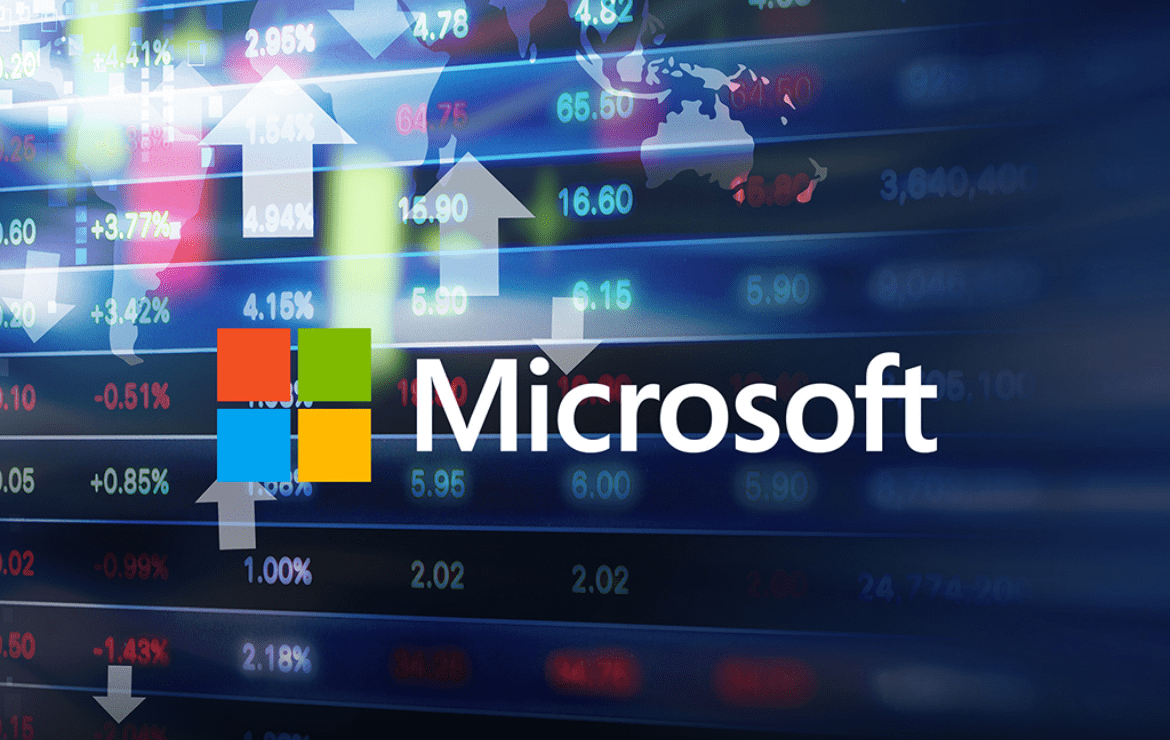 Microsoft Corporation is an American IT company that is a leader in software development. Bill Gates and Paul Allen worked on the foundation of the corporation. Since its founding (April 4, 1975) the software developer has become a transnational company that now provides services to businesses and individuals in more than 190 countries.

The company has been working in the Russian market since 1992. In addition to software development, Microsoft is actively developing as an employer. The organization provides an opportunity for Russian specialists to develop in the field of information technology. Microsoft's educational program is aimed at developing the professional skills of the corporation's employees in the field of digital transformation.

The attention of investors is attracted by Microsoft's high profitability and business stability. Microsoft shares are suitable for long-term and short-term investments. Its stable development makes it a lucrative option for investing for the long term. The stock MSFT Stock is also actively used by followers of speculative trading strategies. The large number of investors targeting short-term trading increases the volatility of Microsoft securities, but this does not prevent their value from continuing to rise.

Despite positive financial results, the software developer feels competition from other tech giants. The company has to actively develop software for mobile devices, competing with Android and iOS. In the market, Microsoft has to face Google, which is the developer of Android, one of the leading operating systems for mobile devices. In the gaming market, Sony and Nintendo are considered the closest competitors. The struggle in the console and video game industry heats up every year.

The constant search for new solutions and implementation of modern technologies contributes to the growth of Microsoft's shares. For example, the company actively creates programs based on artificial intelligence. A separate group of Microsoft AI and Research Group is working on the development of this direction, which has united more than 5 thousand specialists around the world.

Microsoft stock used to be considered a slow-growing asset in the technology sector. However, over the past 5 years, their value has risen nearly fourfold. In early 2022, MSFT continues to rise on the NASDAQ stock exchange. According to analysts, the main catalyst for the growth of the tech giant's stock is the rapid development of the cloud segment.

Microsoft acquired game maker Activision Blizzard at the end of January 2022. This deal will allow the company to take a strong position in the mobile gaming market. The purchase of Activision Blizzard is also positive for Microsoft's securities. The gaming giant will release games compatible with Xbox and PC consoles.

A positive financial report is also a driver of the growth of quotations. Thus, at the time of writing, a share of Microsoft was worth $308. Compared to 2020, the financial performance of the corporation has grown in all major divisions. For more information, see the article below.

In January of this year, Microsoft announced plans to release apps for Android smartphones in the near future. The new product will allow Android apps to run on Windows 11.

In addition to the release of new products the company also improves the already existing software. So, at the beginning of February this year, Microsoft representatives announced that they are working on fixing bugs with disks on Windows 11. This will solve the problem of the slow performance of SSDs.

✅ Benefits of investing in Microsoft

In 2021, the company's total revenue reached $168.09 billion. In 2020, the figure was $143.02 billion. Microsoft's profit last year was at $61.3 billion. Most of the sales were in the segment of Microsoft Intelligent Cloud. The business technology product line brought the company revenue of $53 billion. The licensing division earned $54 billion (last year's figure for the division was $48.25 billion).

By early July 2021, the Microsoft 365 Consumer software product had amassed nearly 52 million users. The social network LinkedIn generated about $10 billion in revenue for the year.

How has the COVID-19 pandemic affected Microsoft Corporation's stock price?

How can an individual invest in Microsoft stock?

You can buy Microsoft stock by launching a trading terminal in your personal DotBig account. Access to trading in the real market opens after depositing your account.

How has Microsoft's stock price changed over the past year?

Is it possible to trade Microsoft stock in automatic mode?

To make money in passive mode by buying MSFT securities, connect to service for social trading, and simply copy the successful trades of other investors. DotBig also provides the opportunity to use trading advisors and robots.

What other companies from the IT sector can I choose to invest in?

In the IT sector, you can choose the assets of Google, Squarespace Inc

Get daily trading signals for Microsoft Corp. from our experts