Twitter is a popular social network used by hundreds of millions of users around the world. The company actively introduces new technologies and provides advertising services. Because of this, Twitter shares are popular among traders. Almost every investor can earn on their purchase and sale. 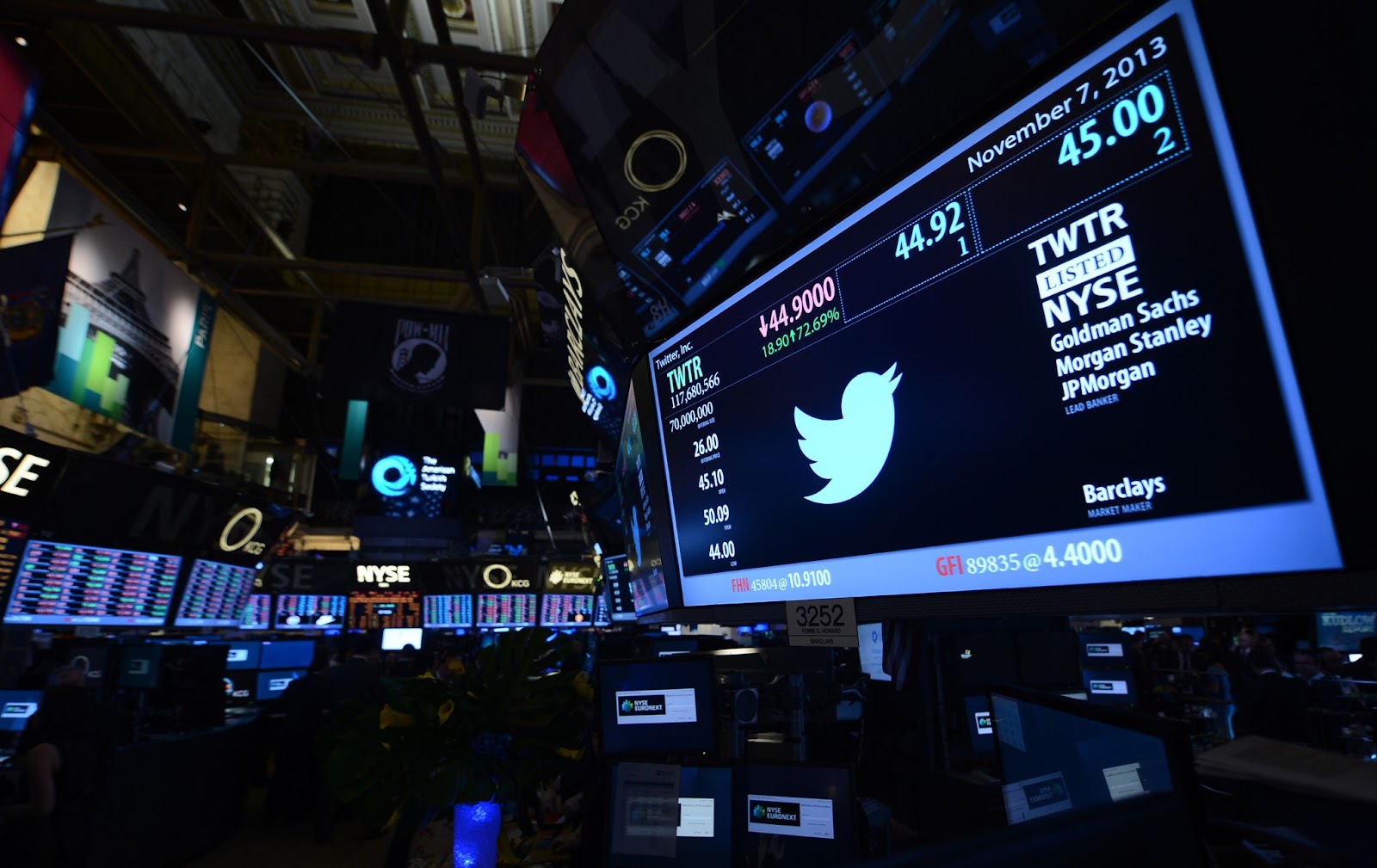 Twitter is an American company that developed a social network for sharing short messages of up to 280 characters. The platform is used by both ordinary Internet users and companies to communicate and publish news. The latter use Twitter for business promotion, communication with the target audience, finding new clients.

The social network was founded in 2006. In 2013, the company held an IPO, which raised $1.8 billion. In the initial public offering, buyers could buy Twitter Stock on the New York Stock Exchange. Now retail and institutional investors can buy stock from Twitter through international exchanges.

Twitter has partnered with businesses to offer clients promotional services on its social network. The company has developed a database of information and a technology platform that allows for targeted advertising. When promoting products and services in Twitter, you can form a target audience based on interests, geography, and other characteristics.

The company's products also include Periscope, which was acquired in 2015. It is designed to watch streaming video on iOs or Android devices. Online broadcasts can also be viewed in real-time on Twitter.

The systematic decline in Twitter's stock price in 2021 likely triggered a sell-off of the securities by large investment funds. In February 2022, for example, Kathy Wood's flagship fund, ARK Invest, put 3.6 million shares of Twitter stock up for sale for a total of $142 million.

Twitter officials said the iOS privacy policy changes have had little impact on the company's financial results. However, analysts warn that in the future it may have a negative impact on the effectiveness of advertising on the social network. The company is now actively working to mitigate the effects of Apple's restrictions. Despite the organization's active work on the development of its products, Twitter's shares continue to sag at the moment.

In February, Twitter executives announced the introduction of a new $4 billion buyback program for its securities, which is intended to complement the $2 billion share buyback program approved in 2020. Following this news, TWTR rose 9.7% on the NYSE on February 10, 2022. However, as of 5:30 p.m. Moscow time, the Twitter stock had not only lost its price gain but was down 3.5% from its value at the start of the trading day.

✅ Benefits of investing in Microsoft

Twitter's financial results are lower than forecasted. Thus, in the 4th quarter of 2021, the company's revenue was $1.57 billion against the expected $1.58 billion. Net income for 3 months exceeded $181 million. Total annual revenue in 2021 was more than $5 billion, exceeding last year's figure by 36.6%.

Twitter's advertising revenue for the 4th quarter reached $1.41 billion. Although this figure did not meet analysts' expectations of $1.43 billion, it increased by 22% compared to the same period in 2020. The cost per interaction of social network users with advertising materials on the platform increased by 39%. At the same time, the total number of interactions with advertising decreased by 12%. Twitter officials attribute this to the introduction of more expensive advertising formats, such as videos. They attract a smaller number of users but cost more, so they are considered more profitable for the company.

Twitter's stock has fallen by nearly 46% in the past year. From the beginning of 2022 to mid-February, the stock is down more than 14%. In Q4 2021, earnings per Twitter Stock are down 13% from the same period in 2020. The company does not pay dividends to shareholders but does buy back securities, thereby increasing their value.

How has the COVID-19 pandemic affected Twitter's stock price?

How has the price of Twitter securities changed over the past year?

Is it possible to trade Twitter stock in automatic mode?

What other Twitter competitors can I choose to invest in?

Twitter's closest competitor is considered to be Meta Platforms Inc. - an American company that unites the social networks Facebook, Instagram, and WhatsApp.

Get daily trading signals for Twitter Inc. from our experts